The Copernicus Trail
in Warmia and Mazury

Welcome to the Nicolaus Copernicus Memorial Road Tourist Trail, which refers to his connection with Warmia and Mazury. Begin your adventure on a nearly 300 km route. Explore the life and works of Copernicus. Visit monuments remembering the times of this great scholar, museum exhibitions about him. Observe and explore the secrets of the universe in astronomical observatory and planetarium.... read more

Get on the trail

You are on the Copernicus Trail

Nicolaus Copernicus visited Elbląg many times. First, as a secretary, he accompanied his uncle, Bishop Łukasz Watzenrode, in conventions of Prussia. In January 1504, together with the bishop, he advised the town hall to send deputies to the Polish..... Read more

In Tolkmicko, the Warmian bishop Łukasz Watzenrode in April 1508 convened a meeting with representatives of the cities of Gdańsk, Elbląg and Toruń. As the personal secretary of the bishop, Nicolaus Copernicus probably participated in the meeting as..... Read more

Copernicus came to this town for the first time in July 1501 to officially accept the dignity of a Warmian canon. Then he lived here from the end of 1510 for the rest of his life (with breaks for his stay in Olsztyn and other shorter trips). On the..... Read more

In Braniewo, Copernicus experienced difficult times in January 1520, after the accession of the city by the Teutonic Knights, when as a deputy of the Warmian bishop Fabian Luzinski he negotiated with the Grand Master of the Order. He was certainly..... Read more

The town lies on the trail of the business trips of Nicolaus Copernicus, so he undoubtedly visited it many times. The documented visit took place in August 1538 during a tour of the property with the newly elected Warmian bishop Jan Dantiscus...... Read more

Copernicus first came to his uncle’s, bishop Łukasz Watzenrode’s , Lidzbark court at the turn of 1495 and 1496, in connection with an attempt to take the function of the canon of Warmia. In 1503 he came to Warmia to permanently settle in this town..... Read more

Due to the fact that Dobre Miasto was located on the usual trail of Nicolaus Copernicus, he traveled and visited Dobre Miasto many times. His visit confirmed in the documents took place in August 1538. At that time, the astronomer participated in..... Read more

Dywity lies on the route of Nicolaus Copernicus's business trips. The astronomer visited the current Dywity commune during his two stays in Olsztyn. He settled new settlers in ten local villages. In addition to Dywity, they were: Brąswałd,..... Read more

In Olsztyn, Nicolaus Copernicus visited the Warmia Chapter as early as in 1511. One of the many tasks assigned to him by the Chapter was to fulfil the duties of its administrator. In connection with this function, the scholar resided in the chapter castle..... Read more

There are no documents confirming the stay of Nicolaus Copernicus in Olsztynek. However, you can see several buildings in the town that are from the same period as the great astronomer. Olsztynek obtained city rights in 1359. It developed at the..... Read more

Nicolaus Copernicus came to the Lubawa castle to visit his friend Tiedeman Giese, formerly a canon of Warmia and then the Bishop of Chełmno. He visited him twice. First, to serve him with medical help in April 1539. Then in the same year he spent..... Read more

The documents did not contain any records confirming Mikołaj Kopernik's stay in the Nowe Miasto Lubawskie. But it was undoubtely known to him. This settlement was first mentioned in 1325. City rights were given to it in 1353. At that time it was..... Read more

The first mention of Kurzętnik comes from 1291. The town obtained city rights in 1330 and lost them in 1905. From the Middle Ages there is still the town's old town layout, the church of St. Maria Magdalena (from around 1300) and the ruins of the..... Read more

The village is located in the surroundings of the Welski Landscape Park, 14 km from Lubawa and less than 30 km from Nowe Miasto Lubawskie. It was founded by the Bishop of Chełmno in 1336. However, the oldest preserved buildings date back to around..... Read more

Discover the attributes of Nicolaus Copernicus

Cartography was among the many scientific interests of Copernicus. Information on three maps of the region of Warmia and Prussia that the astronomer made has survived. He also helped other cartographers at work. While working on the work "On Revolutions," he determined that Frombork, Kraków and Durazzo lie on the same meridian.

Copernicus spoke several languages: German, Polish, Latin and probably Italian. He also knew Greek, because from this language he translated into Latin the volume of letters of the Byzantine writer Teofilakt Symokatta, dedicated to his uncle, bishop Łukasz Watzenrode. During national councils he translated the speeches of the participants.

In Warmia, Copernicus held many administrative functions on behalf of the bishop and the chapter. He dealt with, among others, locating new settlers, preparing the castle in Olsztyn for defence against the Teutonic Knights, rebuilding the country after the war damage. From 1525 he was responsible for negotiations with Ducal Prussia.

While studying in Italy, Copernicus explored the secrets of law in Bologna. Then he did an apprenticeship at the papal office in Rome and obtained the title of doctor of canon law in Ferrara. In Warmia, he used legal knowledge, among others in diplomacy, administration, litigation, dealing with the money reform.

Copernicus received the function of canon of the Warmian chapter in 1495. He exercised it from 1503, when he permanently settled in Warmia. The chapter managed the third part of the country and had the right to elect a bishop. Appreciating Copernicus' many talents, the chapter gave him many important administrative tasks.

Copernicus studied medicine in Padua, Italy. He used the acquired skills to be a personal physician of his uncle, Bishop Łukasz Watzenrode. Then he also treated other bishops, canons of the Warmian Chapter, courtiers of Prince Albrecht. He lived long ‐ for those times – and died at the age of 70.

In fulfilling various clerical functions, Copernicus devoted a lot of time to economic issues. In the treatise issued in 1528 called the "Minting rules" he reminded the principle that good money is being forced out of the market by low valued money. Three years later, he developed a manual regarding "the right weight and price of bread."

By serving the bishop and chapter, Copernicus met the nobles of this world and perfected his diplomatic talents. He negotiated with Prussian states and Teutonic Knights, and then with Ducal Prussia. At the beginning of 1520, he negotiated with the Grand Master in Braniewo. A year later he defended Olsztyn against the Teutonic Order onslought.

Copernicus gained immortal fame thanks to his achievements in the field of astronomy. He worked on reforming the calendar. In the work "On Revolutions" he proved the validity of the heliocentric theory, supporting the argument with experimental evidence. His achievements have contributed to a fundamental change in the way of understanding the world.

Discover attractions on the Copernicus Trail. All you need is a tourist passport in which you are going to collect stamps. An attribute is visible on each stamp, which informs about the kind of the activity of the scholar that can be associated with a given place. Since Copernicus was a real Renaissance man: he dealt with many issues and was successful in many areas. Ask for a passport at the tourist information points on the Copernicus Trail. Download Tourist Passport. 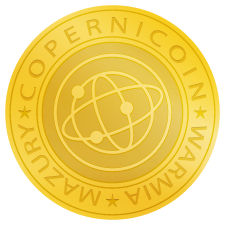 Go to the exchange platform